It has to be among the best free app ever. It has billions of videos to choose from available in any topic one can think of. From smartphones to smart televisions, the YouTube app is compatible to almost every device with a screen.
From films, documentaries and channels to choose from, YouTube is good to provide the whole family with entertainment. All this is available for free.

Despite offering content mostly from japan, series and films from other countries are also featured. It mostly offers anime and manga content. Many anime series and films that are hard to find in other streaming sites are readily available in Crunchyroll.
The app is supported in android, IOS and window gadgets. Gaming consoles like Roku and Chromecast also support this app.
This is a great app to watch with your children and teens as it is mostly geared towards them. However, ensure that younger children are supervised when watching the anime.

Considering this service is free, crackle library is great. With shows like Seinfeld and snatch all which have been signed from major studios.
It also has some original series linked to its name. following the attention it is getting from its audience and critics, crackles is turning to one of the go-to services in streaming. The app will work on all smart TVs and mobile devices.
it has an auto-play feature which allows a movie to start without your selection. This is the only complaint from this amazing free TV app.

It is unique among the other free apps. It offers channels with linear content much like those offered by cable TVs. Pluto TV offers news channel, sports and movie channels and also some niche contents are also streamed.
Its new feature video on demand has seen it acquire series and movies from big studios like LionsGate, warner bros and paramount. Android, IOS devices, gaming consoles and android TVs all support Pluto TV
This service has a lot of content in it and its interface is just sleek.
However just like normal TV, it has a lot of ads which are a must watch.

It is said to be one of the free streaming services with the largest collection of TV series and movies. Despite featuring a lot of independent and foreign productions, Tubi TV has deals with studios like Lionsgate, Paramount and Metro-Goldwyn-Mayer(MGM)
Its content is updated weekly. The apps work on Xbox 0ne, Roku, apple TV, Samsung smart TV, IOS and android devices.
The app is ad supported thus you will view and ad every now and then just like normal TV.

With both national and local news, this is the best app for a serious person who is not looking for entertainment.
One can view the news live or on-demand from affiliates available locally. The broadcast will last 48 hours from the time it aired.
One can choose the category to stream from business, weather and sports. The NewsON app supports android and IOS tablets and phones and also Roku.
This is the best app to know what is happening in the world

Kids need content that is not only entertaining but also enriching and educating. This app is child friendly with rich children content which makes it easier for kids to use.
The PBS Kids app has most popular children series available to stream example dinosaur train among others. It is compatible with Chromecast, windows, android and IOS phones
Contents are not available for download but it’s the best kid friendly free TV app.

If you are looking for comedy content, this is the go-to app. Founded by Will Ferrell, it has grown over the years producing its own original content.
It works on both IOS and android devices. Contents cannot be downloaded but users get to vote after watching a video. The best video according to the users will rise to the top.
This app is simple to use and good to find comedy content.

Whether looking for entertainment, education stuff or the news these free TV apps will help you save big. 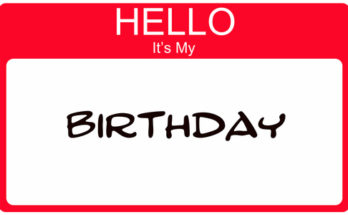 100 places that will give you free stuff on your birthday How to save money on travel How to Save Money on a Trip

100 places that will give you free stuff on your birthday

FICO Score. Everything you need to know.

Why Should I Refinance My Home?